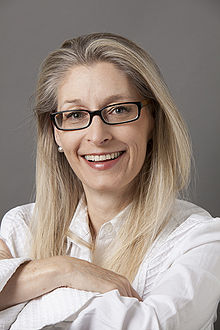 Since breaking onto the scene with her first novel (The Hungry Mirror) in 2010, suspense author Lisa de Nikolits has turned out one compelling page turner after another, most dealing with the darker aspects of human behavior. Originally from South Africa, de Nikolits lived and worked in Australia, the UK and the United States before becoming a Canadian citizen in 2003, gaining experiences and sensibilities that have greatly influenced her work ever since. I sat down with her recently to talk about her new novel “Rotten Peaches,” the use of humor in otherwise gritty stories and how she creates complex characters.

Open Mic: First, tell me a bit about the new book.

De Nikolits: The book is called “Rotten Peaches” and it takes place in Canada, the U.S. and South Africa. I wrote a blurb for it where I describe it as a gripping epic filled with disturbing and unforgettable insights into the human condition, touching on love, lust, race and greed. There’s two women and two men, and just one happy ending. It’s all about nature versus nurture. It’s also about racism and old prejudices. What happens when a biological half sibling tracks down another with insidious intent? And can moral corruption be blamed on genetics? Were these people born like that or did they become this way? It’s basically about morality and corruption, love and desire. It was very much inspired by “Gone Girl.” I was mesmerized by the awfulness of the characters in that book, and yet I kept pulling for each of them from their different perspectives. And I thought, why do you not want them to be discovered? These are terrible people – they should be exposed and reviled. But that’s what interested me. Also the old noir books like “The Postman Always Rings Twice.” The doomed love affair in that book is so compelling. They were basically born losers with no happy ending, but those are the seeds from where I wrote “Rotten Peaches.”

De Nikolits: Well, I’m also from South Africa but had never written about the pre- and post-apartheid eras, and I felt a moral responsibility to in some way document how that time was. Unless something is noted historically it can be forgotten. In the book there is a particularly strong house keeper named Betty. We had a house keeper named Betty, and I dedicated the book to her and all the unsung Betties of the world. There’s no way Betty will ever know I wrote this book and dedicated it to her so it’s hardly a way of fixing things, but it’s just a way in which you try to make things better.