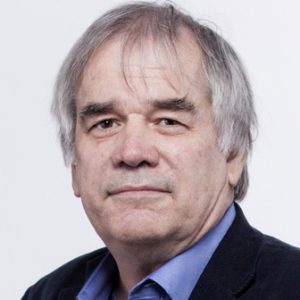 If there is one thing longtime New York City journalist and suspense master R.G. “Dick” Belsky knows, it’s how to produce a real page turner. Many of those have starred intrepid reporter Gil Malloy, a hard driving newspaper guy with a penchant for breaking the biggest stories…and a lot of the rules along the way. In his brand new book, “Yesterday’s News,” Belsky introduces a new reporter/hero, Clare Carlson. I caught up with him recently to talk about the new series, the challenges of moving from daily news to the book world and the lasting mystery of the Kennedy assassination.

Open Mic: Your new book, “Yesterday’s News” just came out. Tell me a bit about it.

Belsky:  The book is called “Yesterday’s News.” It’s the first in a series that will feature a TV journalist named Clare Carlson. who starts out life as a newspaper reporter but is now the news editor of a New York City TV station. She achieved media fame 15 years earlier as a young newspaper reporter when she began writing about a little girl in New York City who disappeared on her way to school and no one ever found out what happened to her. She wrote article after article about the case, won a Pulitzer Prize and became a media star. Now it’s 15 years later and her station is doing a 15th anniversary special when suddenly the whole story explodes again with new evidence and new questions and new developments about this little girl. As the book goes along you find out that Clare knows things from the past that not everybody knows, and she’s got secrets of her own going on here. There are murders, but it’s not a classic murder mystery. It’s more of a story about a missing child. I start the book with a great quote from Edna Buchanan, who used to be a big crime reporter in Miami and is now a mystery author: “One misfortune is worse than murder, it is to lose someone you love without ever knowing that person’s fate.” As a young journalist in New York City, I covered the legendary case of Etan Patz, the little six year old boy who disappeared here in 1979. For years afterwards there were reports he had been seen and was still alive. There was finally some closure in this case a few years ago when a suspect was charged and convicted of murdering him.

Open Mic:  You’ve had great success with the Gil Malloy series. What inspired you to create a new character and series? Was it the pull of telling this specific story or did you just want to try something new?

Belsky: It was the story. It couldn’t be written for Gil Malloy because Clare Carlson is very involved in the story personally, and as the story goes on you see that her involvement is even more than you believed at the beginning. So I wanted to write this particular story, and I never thought of it being a series. To be honest, Clare Carlson was actually the third character that I wound up writing about. I started it originally with one character, and then switched to another female journalist who worked for a TMZ-like site. But then I started writing it with this character, and I felt like it worked. I always thought of it as being a stand-alone book because she is so personally involved in this particular story. But then Oceanview asked me to do a series with this character and of course my answer was yes. But it was tricky on a few fronts. Because it was supposed to be a one-off, I made Clare the news director of the station rather than a reporter. The only reason she’s doing this one is because her original story won the Pulitzer. But you can’t have a series of her doing budget reports, so you’ve got to get her out on stories. I was thinking of examples like McMillan and Wife, where he was the police commissioner and he would still go out with his wife and solve projects. I think I’ve managed to pull it off, and the second in the series is done and will come out in 2019.