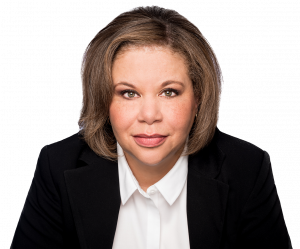 Author Tracy Clark is testament not only to great writing but also the power of determination and persistence. After years of fits and starts, her novel “Broken Places” – the first in the new Chicago Mystery series – debuted this year to rave reviews. I sat down with her recently to talk about the series, the success of the new book and the challenges and opportunities for writers of color in today’s publishing world.

Open Mic: First, tell me a bit about “Broken Places” and the Chicago Mystery series.

Clark: Well, it’s been a long time coming, that’s for sure. “Broken Places” started with a different title and different characters years ago, and over long fruitless, frustrating years of rewrites, it is what it is now. I knew from the start that I wanted to write a book featuring an African-American female protagonist, but that’s all I had, everything else sprang from that. In “Broken Places,” Cass Raines, my Chicago homicide detective turned PI, must solve the case of a dead priest found in his confessional, the body of a gangbanger close by sprawled across the altar steps. How did I get to the dead priest in the confessional? I was sitting in church and my mind wandered. I glanced over at the confessionals and thought huh, that would be the perfect place to stash a body. And “Broken Places” was born. The gangbanger came next. The altar steps were just too good to pass up.

Open Mic: I’ve heard similar tales from other writers. Did you ever get to the point where you thought you just needed to move on and do something else? Or were you committed to getting this one published no matter what?

Clark: Plenty of times. I had an agent early on, but he couldn’t sell the book, so he cut me loose. Frustrated, I decided to stop spinning my wheels and tossed the manuscript into a drawer, thinking this whole writing thing was not going to work out for me. I concentrated instead on my day job while “Broken Places” gathered dust in the dark. But there was something that just would not allow me to let it go. Whatever I did, there was this persistent voice in my head literally yelling at me to KEEP WRITING. I ignored the voice for two years until not writing became almost as stressful as failing at writing. I took the manuscript out of the drawer, sneered at it, but then dusted it off and started over again … and again … and again. I just kept at it. I tossed out more pages than I saved, but I refused to stop. I had one agent who rejected it, but also had some constructive criticism along with the rejection. Her parting advice to me was to find a writers’ workshop and get myself in it. And that’s what I did. I found The Writer’s Loft here in Chicago, and it was the greatest thing I could have done. It absolutely elevated my work. It taught me the basics of effective storytelling. And it was fun. The first year I rewrote “Broken Places” yet again, week by week, 10 pages at a time, getting expert direction from Mary Carter, a published author herself, who runs the Writer’s Loft. At the end of that first year, I had a manuscript that didn’t stink. I still had a few more rewrites to go through, but I had a good, solid story as my foundation. When rewrites were done and it was time to start sending the manuscript out, Mary helped with that too — query letters, putting in a good word for me. Before long, I had an agent. Soon after that, I had a book deal. I spent another year at the Writer’s Loft going through the same process with book two in the Cass Raines series, but by then I was a soon-to-be-published author, so some of the pressure was off.