A Few Words With: Claire Booth

As a crime reporter plying her trade in major media markets around the country, Claire Booth was no stranger to chronicling the bad behavior of bad people. But after her first book – a nonfiction account of a bizarre Northern California murder spree – she decided she was ready to leave true crime behind to try her hand at crime fiction. It proved to be a wise decision. The third book in her Sheriff Hank Worth mystery series was just released to excellent reviews, and she recently took some time to sit down with me to talk about that series and how she does what she does.

OM: Tell me a bit about the Sheriff Hank Worth series.

Booth: They’re all set in Branson, Missouri. I went to school back in Columbia, so that’s when I became familiar with the state. My husband was also born and raised in Branson. It really is a fascinating place and a wonderful place to set a book. It’s got two very distinct personalities: it’s a small town in the Ozarks and it also is a huge tourist destination, so it’s got a little bit of big city and it’s got a little bit of small town, which enables me to do some great situational plotting and setting for my characters. Hank Worth is a new sheriff who has moved down from Kansas City with his family to live with his widowed father in law and help him out. He’s been appointed sheriff of the county and so he has to figure out his way around these entrenched small town interests as well as working on criminal cases. 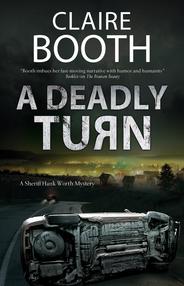 OM: You were a crime beat reporter for various news publications for more than a decade. How did that impact what you do now?

Booth: My crime reporting career has definitely been a help in writing these books. It did a lot of my research for me! For all those years that I was reporting – with all of the police that I talked to, all of the prosecutors, the defense attorneys, the criminals – I really got a look at all aspects of the criminal justice system. So that has really helped in me being able to form my characters and make them realistic.

OM: You have also done one true crime book, “The False Prophet: Conspiracy, Extortion and Murder in the Name of God.” What was that experience like for you? Would you ever do another one?

Booth: It was a very tough experience – it’s very different from fiction – but I was very lucky in that I had the help and the blessing of the families who were forced to be involved in this case because they had relatives who were murdered. I had not done something that long before, obviously newspaper articles are not 80,000 words, so that was a learning experience. I loved the opportunity to write in a narrative fashion instead of the newspaper inverted pyramid, and it put me on the road to what I’m doing now with fiction. I think I would definitely do a true crime again if the right story came along.

OM: You use a bit of humor in your writing. Does that come naturally to you?

Booth: Hank just came out that way. I hadn’t necessarily intended anything one way or the other, but I gave him the habit of giving people nicknames just in his own head. That came out of nowhere as I was writing, and that developed into his character and his way of looking at the world. So it was never any specific intent. I guess I did very much intend that it would not be a super dark serial killer-type of book, but otherwise he and the other characters developed in that way. Which I guess maybe says a little bit about my own sense of humor.

OM: Do you start with characters or with plot? Which is more difficult for you? 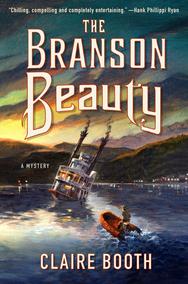 OM: Are you an outliner or a seat-of-the-pantser?

Booth: I am not an outliner. I can’t do it. I tried and I can’t do it. I just start writing and I go. What I do is keep track of my word count like the beats of the story. So if the book needs to be 80,000 words, I know at 20,000 words I need a big plot point to happen and at 40,000 words I need either a big personal crisis or emotional crisis or another huge plot point. So I know where I need things to happen. I don’t know what those things are going to be, but I write and I try to hit those beats as I’m going. I just don’t know until I get there what I’m going to do with it or who the killer is or those kinds of things.

OM: Do you have a set process for how you work? A certain number of words or pages per day?

Booth: I shoot for a thousand words a day. There are days where life intervenes and I don’t get that, but that is absolutely my goal every day. I love it when I’m able to end either in the middle of a section or the middle of a paragraph because that makes it much easier the next day to sit down and say, ‘well I can certainly finish this sentence’ and then you’re off and running. If you’re at the end of a section or the end of a chapter, it takes longer to get your head fired up and to get going. I think I write more slowly than a lot of other people do, but then it ends up a cleaner draft. There’s not as much editing perhaps because I do write more slowly.

OM: Rejection is a huge part of this business. How do you handle rejection or maybe just negative reaction to your work?

Booth: A negative review doesn’t bother me because an opinion is just an opinion and everybody is entitled to an opinion on a creative work. I would certainly hate for something to be factually wrong because that would be my fault. That is definitely a type of rejection that I want to avoid. But It was tough starting out. I was rejected a lot trying to get an agent for my true crime, and that was back in the day where you had to send work in by mail, not email, so it was an expensive rejection. You feel like you’re being battered from all sides, but you just keep going and try again and try again and hope that you find someone that’s a good fit. And then you want to find readers who were a good fit and who enjoy what you’re doing and hope that spreads. You have to have a very thick skin, which is sometimes easier to say than it is to have.

OM: So much of the marketing these days falls on the writer’s shoulders. What’s your approach to marketing?

Booth: I do a little bit of everything. I try to do social media, but I am not a natural at it so that is definitely something I have to deliberately work at to do because I’m not of a generation where that is a natural thing. Then I do my personal appearances in a way that tries to maximize what everybody gets out of it. There are local bookstores here which are so wonderful and so supportive, like Face in a Book in El Dorado Hills. And then there are some specific ones for the mystery genre, and you know going to them you’ve got people who are automatically supportive and who know their audience. They can tell a reader, “you would like this.” They are definitely helping new authors get the word out about their book, and I have found those kinds of appearances very valuable. I also do conferences, which are great because those are very serious readers. You are meeting folks who know what they like and who read a ton and have great things to say about books and about the industry and what they think as readers, which is very educational. 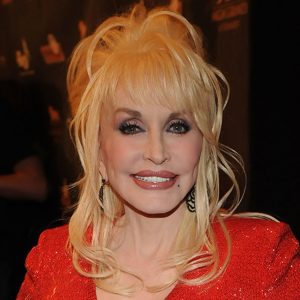 OM: I like to end on a fun question. Let’s say I can put you together with any one of the following three people for dinner and a good conversation. I’m going to do something I’ve never done before – I’m giving you the all “9 to 5” options: legendary singer Dolly Parton, iconic actress Jane Fonda or comedienne extraordinaire Lily Tomlin. Who would you choose and why?

Booth: Oh, this is very hard because I would kill for any one of them. I guess I would have to say Dolly for a couple of reasons. One is that she grew up in a place that is somewhat similar to what I write about, the southern mountain areas, and has that kind of sensibility so I would love to talk to her about that. And I would also love to talk to her about her literacy project that she does that provides books to kids. I would love to find out why she decided to go in that direction with her philanthropy.

Rich Ehisen is an award-winning journalist, editor, and public speaker who has spent more than twenty-five years interviewing and reporting on politicians, athletes, authors, CEOs, celebrities, artists, cops, doers, and dreamers all over the country. He is the managing editor of the State Net Capitol Journal, a LexisNexis publication that covers all 50 statehouses, and his freelance work has appeared in a variety of publications across the country.
← A Few Words With: Avanti CentraeA Few Words With: BookEnds Literary Founder Jessica Faust →