A Few Words With: Kate Recore 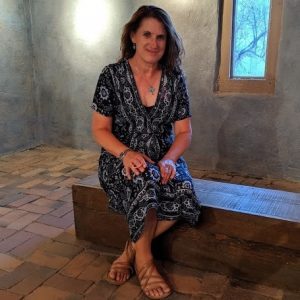 From our earliest years we are conditioned to trust authority figures like police, teachers and doctors. But what happens when those figures let us down by skipping out on their oath of service? As author Kate Recore can attest, the results can be life threatening. In her fast-paced and surprisingly optimistic new book “Brainstorm: An Electrifying Journey,” she shares her years of struggle with misdiagnosis for her epilepsy, a struggle that is sadly far too common in our society. We sat down recently to talk about the book, the pros and cons of small publishing houses and the prevalence of medical misdiagnosis.

Open Mic: Your book “Brainstorm: An Electrifying Journey” is very personal. Tell me about it.

Recore: It is a medical memoir of my struggle to be correctly diagnosed with a brain-based disease. When I was 23, I began having seizures in my sleep. When I sought care, the doctors passed me off as having separation anxiety from my parents, which is ridiculous because I hadn’t lived with my parents since I was 17. According to them, somewhere in that five years or six years I got really lonely for my parents and decided to start self-inducing seizures in order to get their attention. I did not end up getting accurately diagnosed until about 10 months later, and by that time I had had hundreds of tonic-clonic seizures, which is what they used to call grand mal seizures, and it caused permanent damage to my brain. I had told my story a little bit here and there, and pretty much every woman I talked to would say, “oh that happened to me, or that happened to my sister or that happened to my mom.” It was a friend who told me to write a book. I thought, ‘I can’t write a book, I’m boring.’ But she kept encouraging me so here I am. And it is amazing how many people have had the same experience. Over 250,000 people in America die every year from misdiagnosis and medical errors, so it’s something that really touches a lot of people. 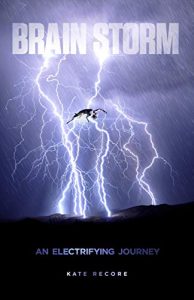 Open Mic: Did the fact it is so personal ever cause you any hesitation in going forward with this project?

Recore: Definitely, up to the day it was printed.  My original manuscript was only about 30,000 words, and my editor said, “we have to know who was in your life.” To me, that part was boring. Why would anyone want to know about my love life? I’m a nobody. Who wants to read that? But I actually sat down and went back through my journals from that time and found the emotional pieces, and really rethought them. And I realized that it was important because those experiences were definitely a huge part of going through all that, and I know it is also something other people will relate to. After that, the manuscript went to almost 50,000 words. But I did have huge anxiety about putting it out there. The publisher asked if I wanted to use a pseudonym, but I said no. I couldn’t do that because if I’m going to share my story in order to help others, I have to own it. The hardest part was throwing my mom under the bus a little bit, but my editor said that as far as mother bashing goes, this book is really not bad. My mother read it and she loved it. She said she didn’t love all the “don’t tell mom” parts, but it was good for her to see it from my point of view too.

Open Mic: What was the reaction from the industry to your story when you first started seeking a publisher?

Recore: I was lucky. I tried first to find an agent, but it just wasn’t going anywhere so I thought I would look for publishers who accept unagented work. One of those I sent it to was Robert D. Reed Publishers, who I found on Writer’s Market. Their listing said they would get back to me in three to six weeks if they were interested. They actually called me three days later and said they wanted the book. They are a husband and wife team that has been in the publishing business forever, and it turns out that one of her friends’ husbands died of an undiagnosed brain tumor. So my story resonated with them.

Open Mic: I know there was some back and forth with your publisher, which is something I think a lot of writers can relate to. Tell me a bit about that process.

Recore: They sent me a contract and I didn’t like it because they asked me to buy 500 copies. I didn’t know if that was normal, so I decided that instead of buying 500 copies I would take that money and invest it in an editor. That was the best decision I made in my whole publishing experience. But then the publishing company contacted me again six months later and offered me a contract without asking me to buy those copies. They’re not doing wide distribution and I’m doing most of the marketing, but I’m just fortunate that I found somebody who really believed in my project and I got that contract. It’s a great feeling to have it out there.

Open Mic: Sometimes I think it’s a struggle for writers to just get out of our own way.

Recore: So true, because we have these preconceived notions about what publishing is and about what having a book is. I tell people I’ve written a book and they say “great, you self-published.” I say no, that I had a publisher, and their demeanor changes. But what if I had self-published? Is that such a bad thing? Does my book then really lose that much credibility? So much good writing would be lost if we all were reliant only on traditional publishing. Also, this publisher turned my book around in a matter of months. It was January, but they knew that Epilepsy Awareness Day is on March 26th, and they said they would get my book released on March 26th. And they did. That’s what can happen if you’re working with a small publisher.

Open Mic: Some of the situations you describe with your doctors are truly appalling. Have you had any reaction from the medical community?

Recore: Not yet, but I’m hoping. I actually have an appointment with my neurologist coming up and I’m going to ask him if I can speak to his medical students. I’ve done that a couple times in the past. Actually, the last time I did it was rated the number one presentation they had for the year because they don’t get to hear from patients. To have a patient come in and say a doctor almost killed me because they didn’t do their job is something different from what they usually hear.

Open Mic: You touch a lot on how often your condition was dismissed or disregarded, seemingly because of your gender. With so much emphasis now on movements like #metoo, do you think that is changing at all?

Recore: No, I really don’t think that biases are changing in healthcare. Just consider heart health. Heart disease is the number one killer of both men and women, but the tests we take are based on a 140-pound white male. If I have an EKG, it might look normal for a 140-pound male but does it look normal for a woman? No, it’s different. All of our diagnoses and prescription drug trials are mostly based on men, and that’s not going to change until we redo the whole medical system. And it works against men too. Men are twice as likely to be diagnosed with alcoholism or substance abuse, and 70-80 percent of suicides are men. But women are twice as likely to be diagnosed with anxiety, twice as likely with depression. It’s just this underlying method of diagnoses that is going to have to change before the system changes. The only way for patients to do that is to just keep going to their doctors until they have a satisfactory answer, and that’s hard to do.

Open Mic: How is your health today?

Recore: I’m great. I would love to lose that ten pounds that we would all love to lose, but I do love cookies. So is my quality of life better with cookies or better ten pounds lighter? That’s really my only health concern at this point, which is a good thing.

Open Mic: Marketing any kind of book can be a challenge. How is it for you in that what you are marketing is such a personal story? Does that make the process more or less challenging for you?

Open Mic: What do you want readers to take away from this book?

Recore: I want them to take away a sense of community and that they are not alone because we are all going through this, we are all struggling. We all struggle with health care and fears about our health and about our families and our well-being. You’re not alone.

Open Mic: I always end on a fun question. Let’s say I can put you together for dinner and a conversation with one of the following three people. Who do you choose and why? Your options are: former president Barack Obama, actress Meryl Streep, or the world-renowned Dr. Virginia Apgar, who created the Apgar Score for evaluating the health of newborns.

Recore: Barack Obama because I’d like to thank him for my healthcare, and because he’s so cool. Can I have dinner with Barack Obama just because it would be awesome? I miss Barack.

Rich Ehisen is an award-winning journalist, editor, and public speaker who has spent more than twenty-five years interviewing and reporting on politicians, athletes, authors, CEOs, celebrities, artists, cops, doers, and dreamers all over the country. He is the managing editor of the State Net Capitol Journal, a LexisNexis publication that covers all 50 statehouses, and his freelance work has appeared in a variety of publications across the country.
← A Few Words With: Layton GreenA Few Words With: Literary Agent Elizabeth Kracht →

The OpenMic: A Few Words with Poet and Book Concierge Rowena Carenen Copeland 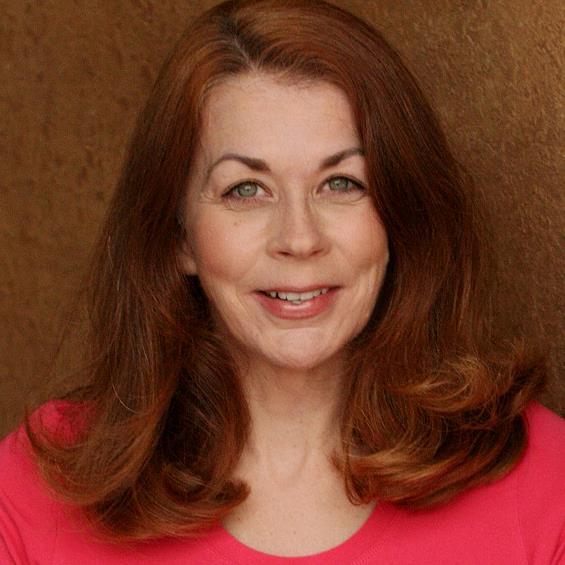 A Few Words With: Christina Hoag