Are Baby Boomers the worst generation in history? It depends on who you ask.

It’s been almost seven decades since a little girl named Kathy Casey entered the world in a Philadelphia hospital at approximately one second past midnight on January 1, 1946. As births go it was not a particularly big deal. Like the Rolling Stones would sing almost 20 years later, newborn babies just happen every day. But little Kathy was special. The first baby of the New Year is always a big deal, but her appearance on the scene was bigger even than that. Nobody could possibly know it at the time, but she was the first of what would eventually become a virtual tsunami of 76 million more children to follow her over the next 18 years – the generation we would eventually come to know as the Baby Boomers. The product of America’s post-World War II optimism, the Boomers would become the largest, loudest and most educated generation in the nation’s history. Boomers have also been arguably the most celebrated, vilified and impactful cohort we have seen to date.

Landon Jones, the writer whose seminal book “Great Expectations: American and the Baby Boom Generation” brought the term Baby Boomer into the mainstream, summed them up this way: “No single generation has had more impact on us than the Baby Boom, and no single person has been untouched. The Baby Boom is, and will continue to be, the decisive generation in our history.”

Jones’ book came out years before Tom Brokaw would famously dub the Boomers’ parents to be “The Greatest Generation” for their efforts in guiding the country through the Great Depression and World War II. Those kudos were well deserved, but there’s no question that Brokaw had also done something he surely never intended: setting up all the generations that followed for the inevitable comparison. It’s the American way – if something is the greatest then conversely something else must be the worst. The question is, is it fair to pin that label on the Baby Boomers? The answer depends on who you ask.

Former Bill Clinton advisor Paul Begala, a Boomer himself, once wrote an essay for Esquire titled “The Worst Generation” in which he called his peers “the most self-centered, self-seeking, self-interested, self-absorbed, self-indulgent, self-aggrandizing generation in American history,” adding that “if they were animals, they’d be a plague of locusts, devouring everything in their path and leaving but a wasteland. If they were plants, they’d be kudzu, choking off every other living thing with their sheer mass.”

Jim Tankersley, a reporter with the Washington Post, is on the same page. He once did a story for National Journal in which he detailed a long list of alleged Boomer transgressions – their role in shrinking America’s middle class and widening the nation’s already enormous wealth gap, ongoing issues with climate change, the expansive national debt, the insane cost of higher education, and so on – and dubbed them to be “parasites.” Included in that group – Tankersley’s own Boomer father.

Begala and Tankersley are not alone, nor are they even outliers. Headlines appear in old and new media outlets every day with titles like “How the Baby Boomers Destroyed America’s Future” (Motley Fool), “Why the Boomers Are the Most Hated Generation” (The Atlantic) and “How Baby Boomers Screwed Their Kids — and Created Millennial Impatience” (Salon). Boomer bashing has in fact become commonplace. It is a statement you can test – a quick Google search using the search term “Baby Boomers Suck” produces around 270,000 hits.

Of course their opinions are also not universal. Boomers have just as many supporters – and deservedly so – though the sarcastic among us might agree with Begala that Boomers are their own biggest cheering squad.

Boomers are also aging fast. The last of the generation, those born in 1964, began reaching the milestone age of 50 in 2014, and thousands of early Boomers are entering retirement every single day. Though still at the peak of their political power – our last three presidents have been Boomers, as almost assuredly our next one will be – the beginnings of the inevitable generational shift in influence is already underway. Perhaps surprisingly, the greatest challenger to the Boomers’ primacy is not the generation that most closely followed them – the 65 million or so Americans born between 1965 and 1982 that we call Generation X. Rather, it is the Boomers’ own kids, first dubbed Generation Y but now far better known as the Millennials. Spread out over a similar 18 year time frame – 1982 to 2000 – the Millennial generation is even bigger (approximately 82 million strong), more educated and could possibly be even more impactful than their parents.

Not that Boomers are ready for such a thing. There is in fact a pretty strong mantra among Boomers that it is actually the younger crowd that sucks, not them.

By now, most of us are familiar with the great scene on the HBO series “The Newsroom” in which Jeff Daniels’ character Will McAvoy responds to a 20-something college student who has asked he and some other panel speakers “what makes America the greatest country in the world?” He hesitates before blurting out that “it’s not,” followed by a long list of reasons why he thinks that. Fully worked up, he derisively calls her “sorority girl,” insinuates that she is too lazy or ill-informed to ever vote and says she is “without a doubt part of The Worst. Generation. Ever.”

This marvelous piece of Aaron Sorkin writing may have been fiction, but it brilliantly illustrates the very real chasm that has developed between Boomers and Millennials and the negative light in which this younger generation is so often viewed by those that preceded it. The irony is that Boomers know all too well that this is exactly how their parents and grandparents saw them when they were young: loud, self-absorbed and totally clueless about how the real world works.

There is so much more to the story, much of which I will get to in later posts. This blog is a part of a book project I am doing on the Boomers, and I’ll be updating this space regularly with story links, snippets of interviews from the book, videos I find interesting and anything else I think you might enjoy or find thought provoking.

On that note, are you a Boomer, Gen-Xer or Millennial who has an interesting story to tell? Drop me a line and let’s talk!

Rich Ehisen is an award-winning journalist, editor, and public speaker who has spent more than twenty-five years interviewing and reporting on politicians, athletes, authors, CEOs, celebrities, artists, cops, doers, and dreamers all over the country. He is the managing editor of the State Net Capitol Journal, a LexisNexis publication that covers all 50 statehouses, and his freelance work has appeared in a variety of publications across the country.
← YOUTH WILL BE SERVED…EVENTUALLYWe suck and we’re sorry, or How NOT to talk to a Millennial →

We suck and we’re sorry, or How NOT to talk to a Millennial 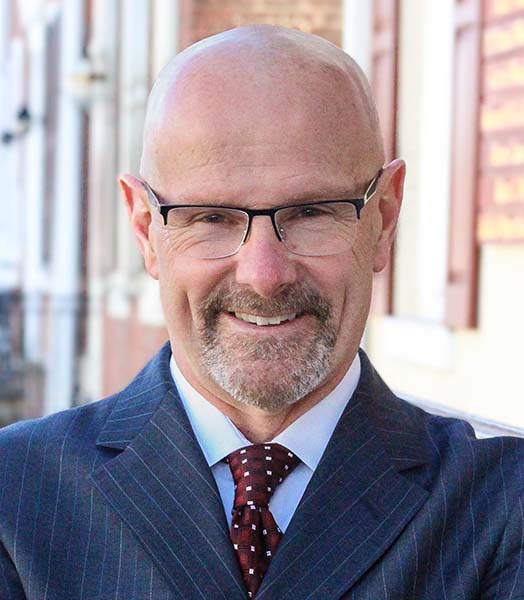 A Few Words With: Author and Military Historian Ed Ruggero